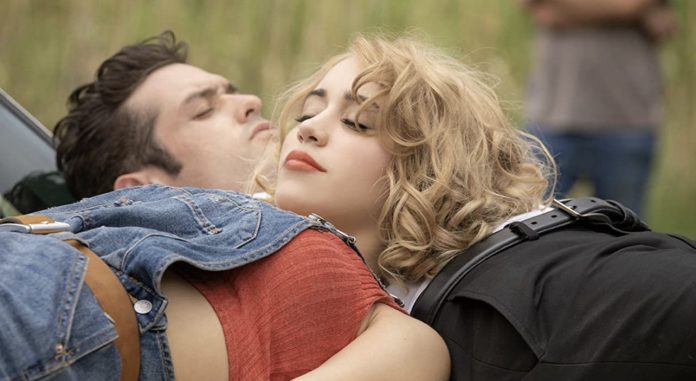 “Frank and Penelope” is a seductive, unpredictable romance story with a side of crazy violence and a touch of comedy. The budding relationship between Frank and Penelope is mesmerizing as it turns into a hot adventure.

Going into viewing “Frank and Penelope,” I had already experienced seeing Sean Patrick Flanery’s (The Boondock Saints, Dexter, Young Indiana Jones) work for many years. First as an actor, next as an author of the touching coming-of-age book “Jane Two: A Novel,” then as a writer of the intense martial arts film “Born a Champion,” and now I got the pleasure of watching his directorial debut of the film “Frank and Penelope.” Sean’s body of work is creative, compelling, unique, and full of energy. Sean’s directing of “Frank and Penelope” shows he has an eye for detail, he is meticulous, and this film fits him perfectly.
———-
Synopsis for “Frank and Penelope”: Frank (Billy Budinich) is on a road to nowhere when he stumbles into a run-down strip club where he sees Penelope (Caylee Cowan) dancing on a wobbly brass pole. This chance encounter ignites a love story that burns hotter than the West Texas blacktop.

Leaving their broken lives in the rear-view mirror, Frank and Penelope head West with no destination in mind but each other. But a chance meeting leads them to the “Table of Truth” with a seductive, charismatic cult leader who has a penchant for travelers’ darkest secrets – and his own ideas on sins of the flesh. Two soulmates who had nothing to for live now find themselves in a bloody battle for life and love in a world where EVERYTHING is worth dying for.
———- 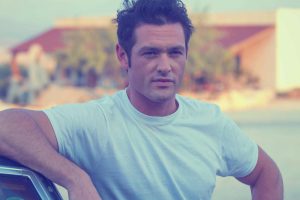 Billy Budinich seems perfectly cast as Frank, and he plays the role with a convincing innocent charm. His character, Frank, wasn’t looking for someone after being hurt from a relationship but found Penelope to connect with, even though he doesn’t feel like he deserves a pretty girl. He finds he now has the desire to protect that he never had before. Frank becomes addicted to Penelope like she’s a drug, the only person he’s met in life that causes him to do things he never did before. 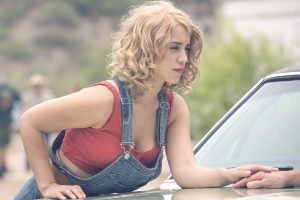 Caylee Cowan is a gem that shines in her role as Penelope. Her character, Penelope, has been stuck in a job with a club manager (played by Sean Patrick Flanery) who takes advantage of the club’s patrons. Then, Frank enters her life, and things change forever for her. Penelope lures Frank in, not just by her looks but by how she interacts and talks with him. She wasn’t expecting to leave her job and go on a wild ride with Frank.

The relationship between Frank and Penelope develops while they travel on their road trip, and Frank writes about his experience in a journal, which is later read by a sweet hospital nurse (Sonya Eddy). Other characters come into play along the way and when they stop at a place in the sweltering desert named Quick Silver Motel. Frank and Penelope’s experience there seems a bit like the song “Hotel California” (“You can check out any time you like – But you can never leave”).

Johnathon Schaech embodies the role of Chisos, dressed as a savior in light garb, driving a fancy white car, but is a devious “Table of Truth” cult leader who spies on and plays with his guests. His family has been doing terrible deeds for a long time, and each has the tasks they are supposed to perform. Donna D’Errico plays the role of Mabel, Jade Lorna Sullivan plays the role of Magda, Charley Koontz plays the role of Cookie, and Brian Maillard plays the role of Cleve, who he performed wonderfully as a conflicted character. We are first introduced to Cleve as a truck driver who picks up a girl named Molly, played by Sydney Scotia, when she breaks down on the highway. Around the same time, Frank and Penelope are stopped on a different part of the highway by a cop, played by Kevin Dillon. Turns out, the cop is the father of Molly, and all characters, including another motel visitor, Ophelia, played by Lin Shaye, are entangled in the story that ends with a nice twist at the end.

This film has many interesting details, including at the beginning, where we see a wall that displays signs that creatively read Frank & Penelope and the different cars that add to the personality of each person who drives. The filming location is well-suited for the horrors that unfold. There are many interesting camera angles, and the film’s coloring and lighting help fill the screen with the perfect ambiance to match the story. Let’s not forget about the music selection, as Sean Patrick Flanery does love his music. The song selections really do seem right and enhance each moment, including helping to captivate the moments between Frank and Penelope.

Every once in a while, a movie comes along that leaves you wanting more, as with “Frank and Penelope.” It seems to have the hallmark of becoming a cult classic, but only time will tell.

Go along for the ride by watching Redbud Studios’ “Frank and Penelope” on digital and cable on Dish, DirecTV, Comcast Xfinity, Charter Spectrum, Cox, Apple TV, Google Play, Prime Video, Vudu, and Microsoft. And it’s also available for sale through Amazon, Walmart, Target, Best Buy, FYE, and Barnes & Noble. This crime/horror thriller movie had a limited theater release on the big screen in June of 2022.

Visit the “Frank and Penelope” official website to see more photos and read more details about the filming location, cars, and cast… https://fandpmovie.com/