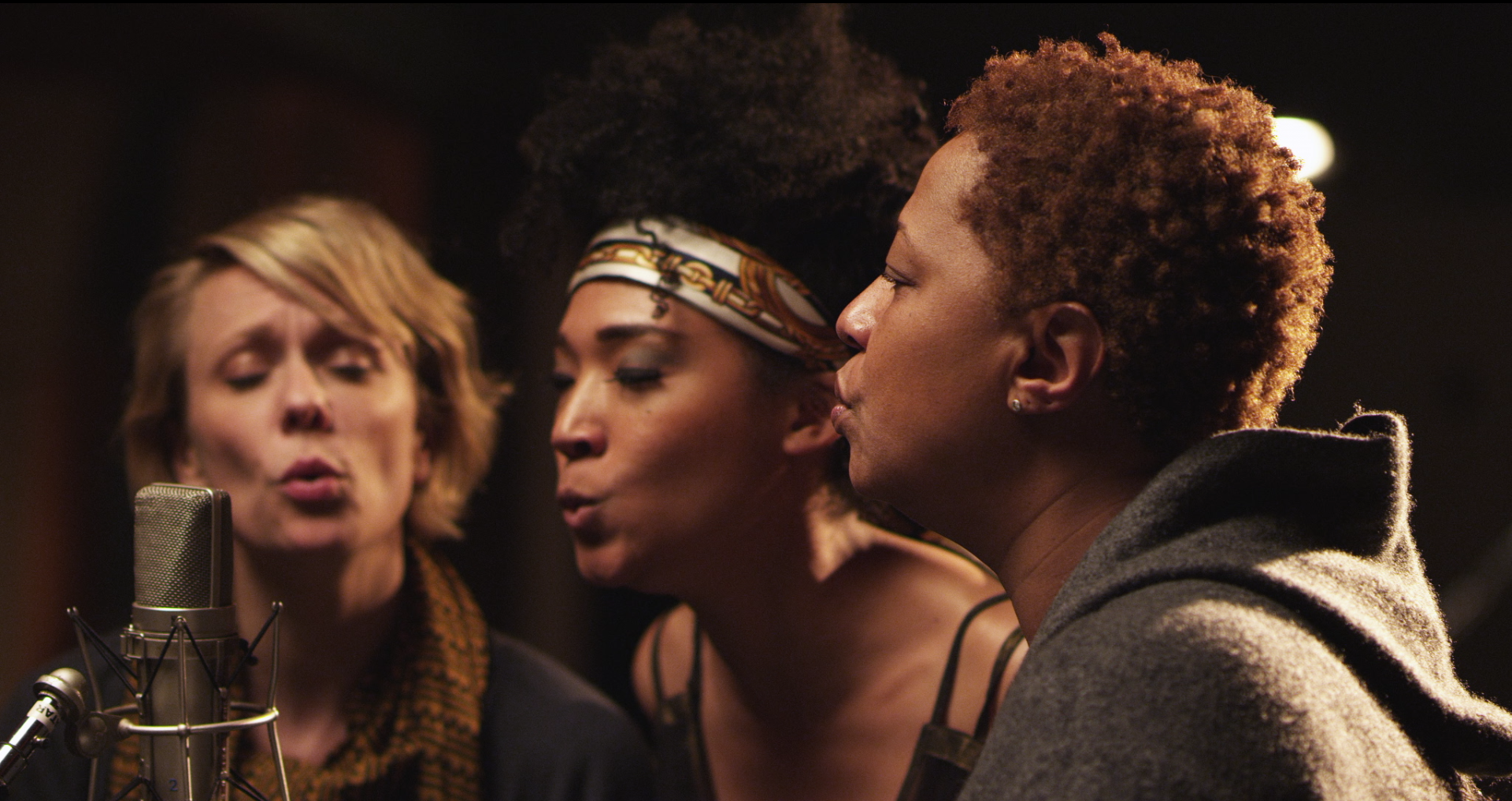 Twenty Feet from Stardom is a loving tribute to the women who do much more than simply back up headlining artists. This is really a documentary to sink your teeth into, especially if you consider yourself a music lover. The film tells the history of not just the evolution of backup singing and the ladies who pioneered it, but also of the often rocky music industry, itself. So many beloved names and faces cross the screen: Mick Jagger, Sheryl Crowe (herself a former backup singer), Sting, David Bowie, Bette Midler, Lionel Ritchie, and the list continues. But the documentary suggests the real stars are the ladies who’ve steadily and powerfully worked away as artists standing mere feet from the spotlight. It’s heartbreaking, uplifting and fascinating.

At the outset, the Lou Reed song, Walk on the Wild Side, plays over a colorful opening credit sequence with striking images of retro album covers with the lead artists’ faces blurred out. Instead, the focus is placed on the other figures on the albums–young, beautiful, African American women. If at first the song choice for the credits feels arbitrary or selected by the director, veteran music documentarian, Morgan Neville, for simple mood or taste, it becomes clear as the documentary carries on that it is no coincidental song choice. The song features the controversial line, “And the colored girls go doo do doo do doo do do doo…” What Lou’s casually referring to is the theme I found most fascinating in this documentary–the music industry’s oppressive relationship with these women. Some of the details are incredibly frustrating, and the ways in which these ladies were kept from fully pursuing their artistry at times is almost too much to bear. But there is some measure of justice. This film tells the stories of these singers with such pronounced respect that I predict their names will no longer be vastly unknown.

The heartbreaking history explored on this subject probably would have been sufficient had the documentary stopped there. But Neville deftly tells more than this single narrative, delving into these individual women’s lives and how they were irrevocably shaped by music. The documentary starts with Marlene Love, member of vocal trio The Blossoms, who’s credited with essentially being the originator of backup singing, and ends with newcomer Judith Hill, currently trying to make the jump to a solo career. Each story is profoundly told, but I was particularly moved by the segment focusing on Rolling Stones and Sting backup performer, Lisa Fischer, whose voice is preternaturally, wrenchingly beautiful.

Have I mentioned the singing? These women can individually blow the roof off of any venue and when their voices combine for a final, glorious number? It’s a religious experience, to say the very least. These performers can clearly out sing the headliners they tour with in no small way. It’s possible that’s the real justice here–no matter what the name on the billboard says, the women of Twenty Feet from Stardom are the true stars in this documentary.

Twenty Feet from Stardom is in theaters in LA and New York starting Friday, June 14. Check out the film’s website, http://twentyfeetfromstardom.com, for more information about when it will be in a theater near you, and follow @20ftFromStardom on Twitter.