Here’s a look at a new summer movie that is coming to theaters on June 1, 2012, called Piranha 3DD.  This comedy horror is the sequel to the 2012 movie Piranha 3D.  These prehistoric piranhas swim upstream one year after the bloody massacres at Lake Victoria through the town’s plumbing systems to find new food at the newly open water park called “Big Wet”, where family fun will never be the same again. 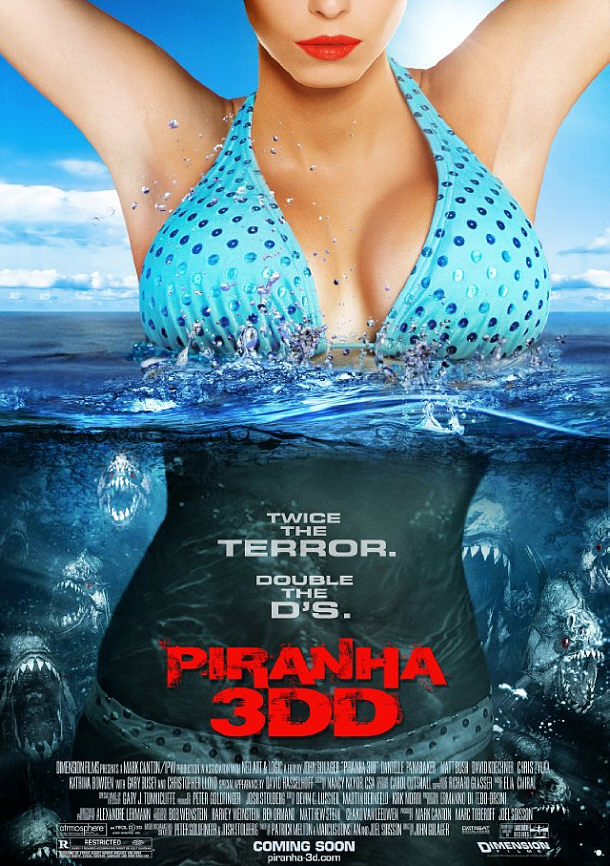