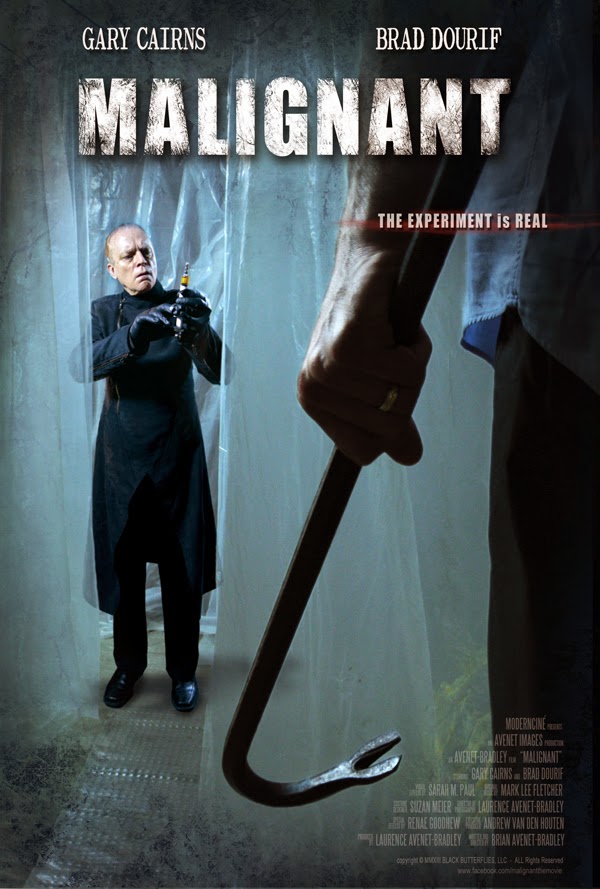 Malignant is a psychological horror film about a grieving man, Allex (Gary Cairns). He falls victim to a rogue scientist (Brad Dourif) who conducts experiments on human test subjects to cure their “addictions.” After blacking out, Allex awakes to find stitches across his chest and a video of a murder. Now he must confront the doctor’s horrific method for stopping him from drinking, a method with deadly consequences.

Check out the trailer below..

You can find photos from the recent theater premiere on the official Facebook for Malignant here.