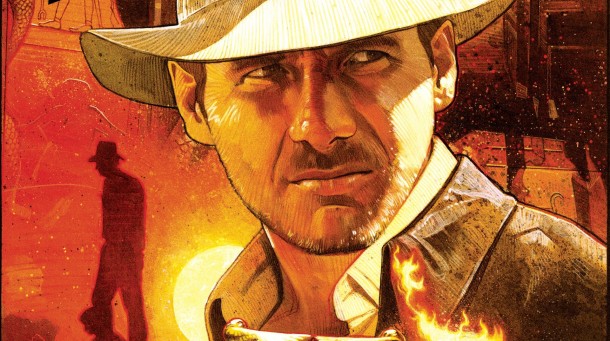 Through all my years of interacting with film fans, either in person or on the web, I have never met a single person that dislikes Raiders of the Lost Ark. And I bet I never will.

So when it was announced that IMAX theaters would be screening the digital restoration of the film, I expected it would make major bank at the box office and draw huge crowds. Unfortunately, that was not the case. The film made a paltry $1.6 million over the weekend, and at my own screening (on a Saturday night, no less) my wife and I were two of the mere ten people attending.

Think about that. For Raiders of the Lost Ark, arguably the most crowd pleasing film of all time, only ten people could be bothered to come out and take part in the fun. Of course, even with just ten people the flick played well. We laughed, we cheered, we reveled in Indy’s triumphs and tensed during his failures. Raiders is a beautiful film, the kind Hollywood simply doesn’t make any more, and the digital restoration was flawless. Everything was crisp and clear without being soulless like so many other digital films.

Seeing Raiders in IMAX may be the highlight of 2012 for me. After a summer full of disappointments Indiana Jones was just the character I needed to make me fall in love with movies all over again, and if you’re the type who reads MovieVine and other news sites I’ll bet you could use the same kind of pick me up.

So go see Raiders of the Lost Ark. And if there’s no IMAX near you, grab it on BluRay when it hits store shelves later this month. The word ‘amazing’ is often overused, but Raiders is the rare picture where ‘amazing’ is entirely appropriate. I guarantee you will not regret it. 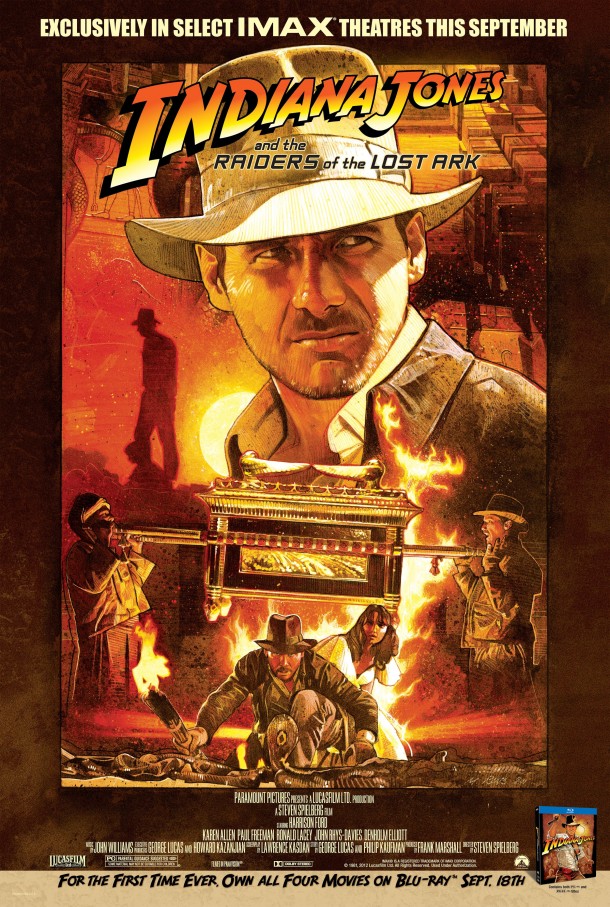 Raiders of the Lost Ark is now playing in IMAX theaters everwhere.