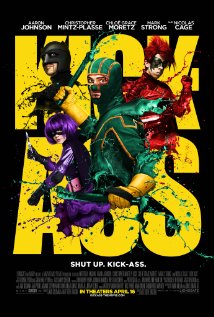 The LA Times has an excellent interview with Mark Millar, the man behind the Kick-Ass comic series that was recently adapted for the big screen by Matthew Vaughn (Stardust, X-Men: First Class). In the interview Millar shares his thoughts on the comics’ continuation of Kick-Ass and a number of other topics. However, most interesting are his thoughts on a second Kick-Ass film:

The thing about the first movie is that it kind of exploded all our careers. People forget, but this was a $28-million indie movie made in the UK. It grossed $100 million at theaters and made the same again and more on DVD and Blu-ray and got amazing reviews. So everybody involved suddenly got hired for a million different things, and re-forming the band again would be impossible. Hopefully, we can use the same actors if and when we do a sequel, but getting Matthew [Vaughn] to direct or Jane to write a movie at this budget would be very difficult because they’re superstars now and they have projects of their own. I’d imagine, if this happens any time soon, that Matthew will produce and possibly co-write, like George Lucas did with “The Empire Strikes Back,” and hire a new director. But there’s a window because the actors are all supposed to be in high school and if this came out after 2013, for example, that window would have closed. I obviously know more than I can say, but I think people will be pretty happy with the conversations we’ve been having.

So it doesn’t look like we can anticipate Hit Girl showing up on the big screen again anytime soon. It’s a shame, I’m a big fan of Vaughn’s take on the material (frankly, its better than the source) but we should be glad the careers of those involved have blown up to such epic proportions. Kick-Ass got Vaughn the job on X-Men, and with that film’s success, there’s no telling how far he’ll be able to go.