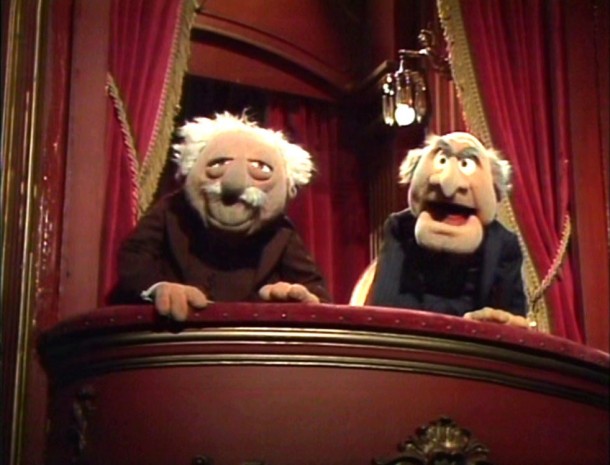 We don’t usually get political here at MovieVine, but this segment of FOX Business has been making the rounds and I can’t help but chip in my own two cents. Be warned, this is the kind of video that will most likely get you heated and/or cranky, so if you aren’t in the mood I’d close the tab right now.

Let’s watch the video, shall we?

Ok. Where to begin?

I want to be clear that I’m not taking a stance on this with the intent of being left leaning or right leaning. If anything I’m making a case for the use of common sense in the media, something most mainstream journalists on CNN, FOX, and MSNBC severely lack.

First up, let’s tackle this guy’s apparent lack of knowledge about film in general. Either he didn’t see The Muppets, or he wasn’t paying close attention. Either way, that’s shoddy journalism. Anyone that watched the movie (and I mean really watched it, paying attention to story and character, not just letting it play in front of their eyes) can tell you that Tex Richman is portrayed as bad not because he wants to dig for oil, but because he intends to destroy a valuable landmark (the Muppet Studios) and attained the property using shady deals and false pretenses. He’s a bad guy because he is just that: a bad guy.

The funny thing is this isn’t the first corporate villain in a Muppet film. The antagonist in The Muppet Movie was a fast-food magnate who wanted Kermit to be his spokes-frog for his branch of frog leg restaurants. However, he was a bad guy not because he was rich, but rather he represented crass commercialism that Kermit wanted no part of.

But that’s besides the point. These guys act like film should never make any kind of statement one way or the other, which fundamentally spits in the face of what any art form is supposed to do. And to label this as some sort of propaganda film is just plain wrong. There are definitely mainstream propaganda films. Happy Feet is a hard left flick. Forrest Gump is a conservative backlash to the three decades of counter culture that preceded it. It happens.

These guys seem really concerned with what their kids are watching, but if you scrub a show or movie free of any point of view or purpose you get trite bullshit akin to the Wiggles and Teletubbies. Kids don’t like to be spoken down to. They enjoy a little complexity. It makes them feel smart, and intellectually engaged, and dare I say it: grown up.

These folks who clearly avoid complex thought and independent thinking are the opposite. They’re children. If you want proof, look at how the main guy just starts yelling and cutting off the one woman who starts to assert a different point of view. He’s incapable of allowing new information into his brain, and reacts like a toddler that doesn’t understand the word “no.”

Again, it isn’t just FOX News that has talking heads with this problem. CNN and MSNBC have the same issue, and that’s why I can’t watch the 24 hour news channels anymore. When your country’s major news networks are running stories about Communist themes in a puppet show, clearly something has gone wrong.