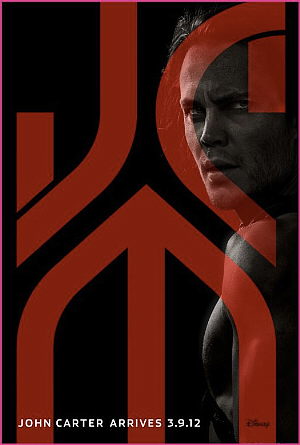 Now THAT’S a trailer. Disney’s “John Carter of Mars” is a major gamble for the studio, and I sincerely hope it pays off. Based on the Edgar Rice Burroughs book “A Princess of Mars,” the film details the adventure of John Carter, a Confederate American Civil War veteran who is inexplicably transported to Mars, called “Barsoom” by it’s inhabitants. While there he takes part in a conflict between two waring Martian tribes, and falls in love with the Martian princess.

If this sounds a lot like Avatar, that’s because James Cameron and many other filmmakers have plundered Burroughs’ work for over a century. A Princess of Mars may be one of the most influential texts in pop culture history, with traces of it found in works of Spielberg, Lucas, Cameron, del Torro, Jackson, and other. Luckily there are still some original elements to set the work apart, such as the design of the Tharks, the four armed green creatures seen in the trailer.