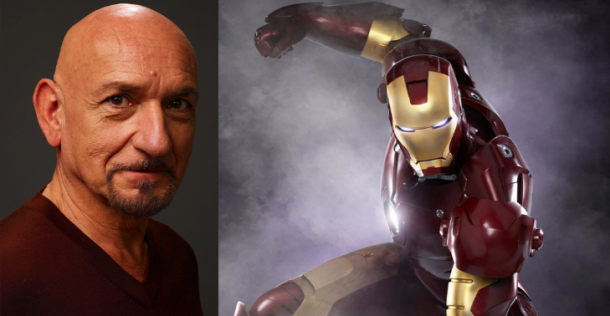 Iron Man 3 is set to begin production later this month with Kiss Kiss Bang Bang auteur Shane Black writing and directing, but it’s been constantly overshadowed by the flashier Avengers that hits theaters in early May. That being said, the Hollywood Reporter has got a story that many will want to take note of: Ben Kingsley, recently Oscar nominated for his role in last year’s Hugo, is in negotiations to play one of the film’s villains. Since the flick starts shooting so soon we can expect the thespian to sign on the odtted line any day now.

Many are suggesting Kingsley will play the Mandarin, the Chinese war lord that usually serves as the Joker to Iron Man’s Batman. The character has been hinted at in the first two Iron Man films via the crime organization known as the Ten Rings. If that’s the case, expect the character to be drastically redesigned. The Mandarin is a classic villain, but he isn’t exactly culturally sensitive. The character has been accused of racial caricature many times in the past.