Sam Berns is more than your average high school junior celebrating his love for music and sports. His courage, wisdom and grace far excel that of people who are two or three times his age. Tonight Sam graciously invites us into his life by sharing his struggles with progeria in the new HBO documentary Life According to Sam. Progeria is a rare genetic condition which causes premature aging. When Sam was diagnosed, at only two years old, there were less than 250 known cases worldwide.

Fighting against time Sam’s parents, Dr. Leslie Gordon and Dr. Scott Berns, created the Progeria Research Foundation (PRF) in hopes of finding a cure. Due to the rarity of progeria their first drug trial only involved twenty-eight children. Usually case studies involve hundreds of participants with half receiving placebos in place of the drug. Since the average life expectancy of a child with progeria is only thirteen years it was decided that each of the participants would receive the trial drug. Children from sixteen different countries participated in a grueling two year study of tests and invasive procedures. Life According to Sam also introduces us to a few of the other children who endured the trial in hopes that the FDA would approve the first drug on market to treat progeria.

Life According to Sam is directed and produced by the award winning husband/wife team of Sean Fine and Andrea Nix Fine. In their ten years of making films together they have accepted an Oscar and three Emmys. Tune in to HBO this evening as Sean and Andrea introduce us to Sam. 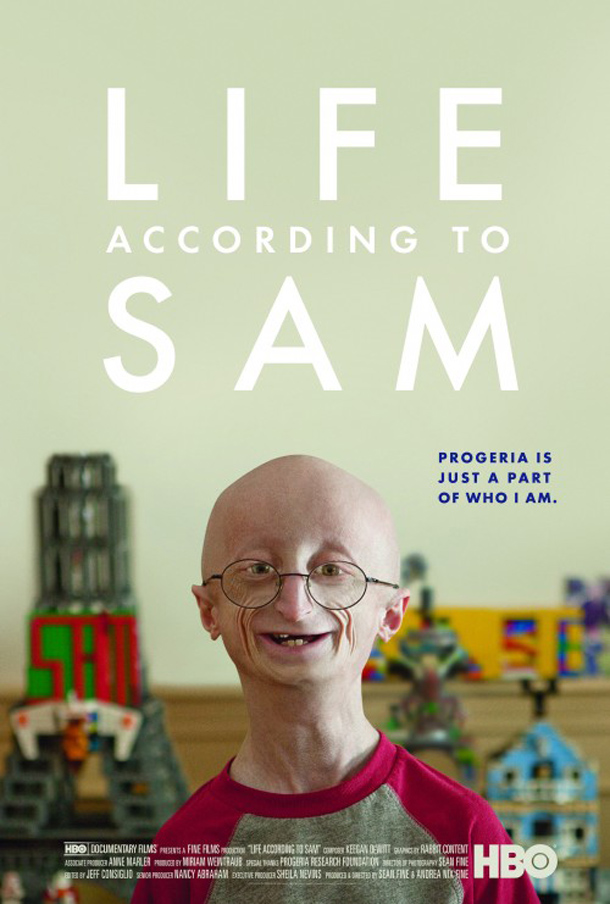