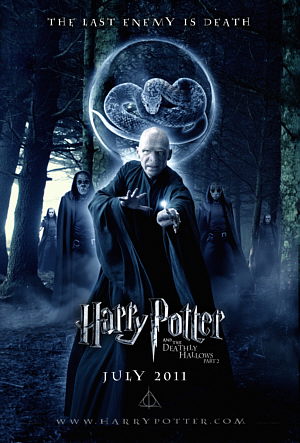 According to Variety (or CHUD if you don’t care for that pay-wall malarkey), Warner Bros is planning on launching an all out assault on the Academy of Motion Picture Arts and Sciences in the hopes of getting Harry Potter and the Deathly Hallows an Oscar nomination this winter.

But that’s not enough for the brothers Warner, they want recognition from their peers as well. Plans are to parrot the campaign used by New Line back in 2003 for Return of the King, another major series capper universally loved. The Harry Potter series have regularly gotten nominations in technical categories, but this year Warners want all the marbles. Seeing as the Academy is still getting hate mail for not nominating The Dark Knight a few years back, I’m inclined to believe they’ll get a Best Picture nomination at the very least.