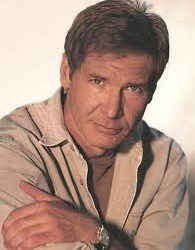 Harrison Ford is attached to portray Wyatt Earp in the upcoming film, Black Hats. The film features a modern Wyatt Earp, who is now a retired detective and film consultant in Los Angeles, who learns that his close friend, Doc Holliday, fathered a son. With the son getting himself into trouble in New York with Al Capone and Doc Holliday dead, Wyatt is the boy’s only hope. Earp must team with sportswriter Bat Masterson to bring down the gang of mobsters and help bring salvation to the son of his best friend in life.

Black Hats is based on a novel by Max Allan Collins, here being adapted to the big screen by Kurt Johnstad. This news comes as Ford’s new film, Cowboys & Aliens nears release, thus planting him in the role of another cowboy of sorts.