Nerd Mecca, The San Diego Comic Con, takes place this weekend. All the nerdiest TV shows and geekiest movies currently in production will have panels there, and Peter Jackson’s The Hobbit is on that list. In anticipation for the panel, Warner Bros has released an exclusive poster for those attending the Con, and we’ve got a look at it right here: 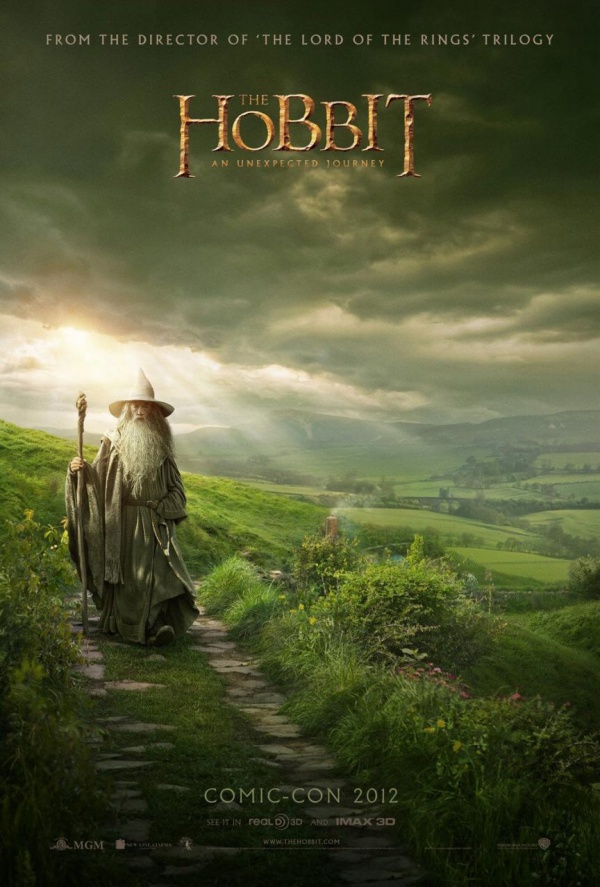 I like the idea: Gandalf approaching Bilbo’s house is an iconic image used time and time again for the paperback version of the book, so why not replicate it for the poster?

Rumor has it that a new trailer for The Hobbit will be premiered at the Con and then attached to The Dark Knight Rises, and once it’s available online we’ll post it here on MovieVine.

The Hobbit: An Unexpected Journey hits theaters on December 14th, 2012.