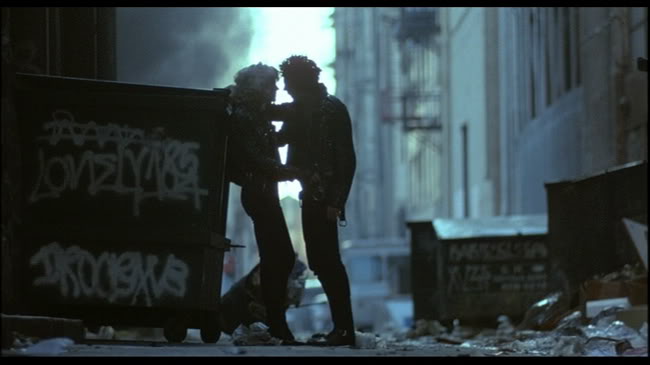 It doesn’t take a genius to figure out that most bio-pics are the same. The film’s subjects are as interchangeable as the words one inserts into a Mad-Lib. Our hero comes from humble origins, displays raw talent, and is encouraged/dismayed by alternating parental figures. Eventually they get their big break just in the nick of time, and things go well for a short period before the world comes crashing down around them due to hubris and excess. That outline can describe Walk the Line, Ray, J. Edgar, The Aviator, and any number of similar films. It also describes the 1986 film Sid & Nancy.

When it comes to these bio-pics, all you need to figure out is whether or not you’re interested in the famous people being depicted. I have absolutely no interest in Sid Vicious and his shrew, Nancy, so this film really didn’t do anything for me. The film is competently made, and it boasts some quality performances by Gary Oldman and Chloe Webb as the titular characters, but I never felt truly involved in Sid and Nancy’s romantic struggles. These people are just loud and obnoxious goons. When the tragic ending finally occurs, I didn’t feel sad or depressed. Instead I just thought: “Good riddance.”

Even though I watched the film just this morning, I can’t remember much about the film other than the broad strokes, which are repeated in every bio-pic as we’ve already established. So here’s the bottom line: If you’re into Sid and Nancy you will probably enjoy the hell out of Sid and Nancy. If you don’t care at all about these people, then stay far away. I’ll admit this film didn’t do it for me simply because I’m not in the producer’s target demo. If you are, then I’d recommend checking it out. You’ll probably get a lot more out of it than I did. 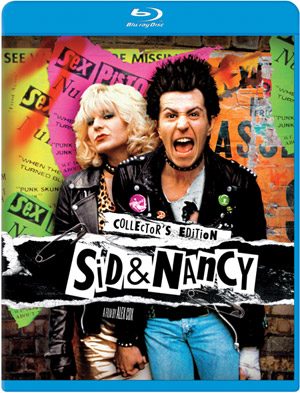 Sid & Nancy is now available on Blu-Ray. You can order it right here.