Horsehead Cinema is a privately-owned motion picture production company that is based in Pasadena, California, and was established in 2014. Founders Nguyen Nguyen and Steven Joshua Morrison are actively working to ensure that their company produces high-quality feature films. 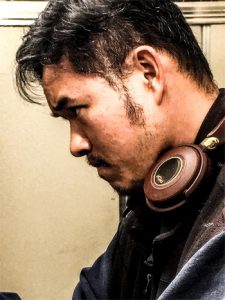 Nguyen Nguyen is a graduate of the University of California Santa Barbara in Film Studies and Gender Studies. He started his career in the editing room splicing 16mm and 35mm on a Moviola flatbed. He also has a background in Computer Science, Web Design, and Accounting. Steven Joshua Morrison is currently a Screenwriting Professor at New York Film Academy in Los Angeles, teaching MFA, MA, BFA, and AFA classes. He majored in Geography and minored in Ethnomusicology at the University of California Santa Barbara, where he also took advanced screenwriting classes and won the Corwin Award for best screenplay. 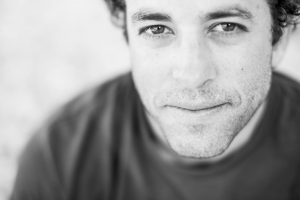 Steven earned his MFA in Screenwriting from Chapman University and was accepted as a Dodge Fellowship scholar.

Recently, both Nguyen and Steven discussed their experiences working with Horsehead Cinema and their hopes for the company’s future:

Meagan Meehan (MM) of Movie Vine: When and what inspired you to form Horsehead Cinema and why was that particular name chosen?

Nguyen Nguyen (NN): The term “Horsehead” refers to the chess knight whose movement is subversively counter-intuitive at first glance. It represents the kind of effect we imagine our films to have on audiences – juxtaposed but with a logic of its own that becomes more apparent with each watching. Something familiar but different.

Steven Joshua Morrison (SJM): We began the initial workings of the company in 2014, basically to umbrella our first feature film production. For whatever reason, most people hear the name and think of the infamous scene from “The Godfather”, and to be honest we’re okay with that, if we’re going to draw correlation to something not a bad film to have association with.

MM: What kinds of movies does Horsehead Cinema favor? How do you acquire your scripts?

NN: We favor stories where the plot comes from character. Though our films aren’t made to genre, they can be character-driven genre pieces; and scripts so far have been developed internally.

MM: Right now, you are actively seeking a horror movie script. Do you work with screenwriters, including those who have no agent?

NN: We are always open to collaboration of all kinds, including other production companies and screenwriters, repped or not.

SJM: Unlike many other contemporary production companies we like to develop projects as well. A premise, an article, a short story, anything that may peak our interests we would be willing to work on further. Basically, it does not have to be a finished script ready to shoot.

MM: So far, how many movies have been produced by Horsehead Cinema?

NN: We are currently in post-production of our first-feature length narrative film.

MM: Of all movies, do you have a favorite? If so, which one and why?

NN: Though there isn’t a favorite, there are particular favorites. One is “Amadeus” for its allegorical characterization of Salieri as the child shunned by God in favor of Mozart’s God-granted music genius. It is an excellent story of a timeless tale retold, just as “The Godfather” retells Shakespeare’s “Macbeth”.

SJM: Our movies, “Nothing Like The Sun” is definitely my favorite, and also my least favorite, considering it is the only one. Interesting, I don’t draw a similar connection between Michael Corleone and Macbeth, I suppose because character motivations were much different, Michael did not want that life whereas Macbeth did. However, the resulting situation was similar. I have more of an independent 90’s upbringing, such as “Clerks” or “Dazed and Confused” where the films relied almost solely on character.

MM: How can you describe your experiences running a production company?

NN: Film production’s collaborative nature requires a balance of art, science, and business to function properly. Understanding the nuances of production schedules, budgets and lenses are just as important understanding actor performances and dramatic timing. And one is often integral in facilitating the execution of the other. You need the skills necessary to balance yourself a three-legged stool, and more importantly, the tenacity to try again when you lose your footing.

SJM: My background was in teaching and screenwriting before this, so this is new to me. I enjoy being involved in the entire process of every detail from beginning to end. You feel good about doing something from the ground up. However, it also means you have to do things from the beginning to the end, and there are many times I definitely would like to turn my head and not deal with some certain issues.

MM: What has been the most rewarding part of working with Horsehead Cinema?

NN: The development/writing and editing are the most enjoyable parts for me because they allow more time for experimentation. We do pre-production by choice, post-production by necessity, and work on set in self-defense.

SJM: Haha rewarding does not equal enjoyable, let’s clarify that. Rewarding, just finishing the production of a period indie feature for a first time production and producing team is one of the most rewarding things I’ve ever done. Though the most stressful thing I have ever done in my entire life, without a doubt.

MM: Where do you hope the company will be in ten years? Essentially, how do you see it evolving?

NN: Hopefully, to a point where we can enjoy the same leisure of experimentation on set as one can be allowed in pre-production and post-production.

SJM: Making movies! Project to project, I would love if we were on our fifth feature by then.

MM: What advice might you give to someone who is trying to start a movie production company? 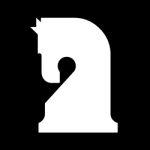