Mission: Impossible – Ghost Protocol is an exciting action-adventure thrill ride and a big contender for my favorite film of 2011. The film sees Tom Cruise return as IMF agent Ethan Hunt on his most exciting and dangerous mission yet. After launch codes for a Russian nuclear weapon are stolen, Ethan Hunt, his team and the entire IMF are disavowed. Ethan must work together with an agent from his past and new ones he meets along the way.

Brad Bird gives his first live-action direction in a film with the latest entry to the franchise and his skill and eye for shots shines through with his effort here. The IMAX shots are a blast and the entire Burj Khalifa scene is one wild rush, which caused inspiration in me to do the stunts that Tom Cruise performed. J. J. Abrams does return here in the producing role and though he gave grand direction in the previous film, Brad Bird gives a top-notch direction here and is part of the reason that makes this the best Mission: Impossible yet.

Every member of the cast shines here in their roles. From members of the past (Tom Cruise, Simon Pegg) to the new crew (Jeremy Renner, Paula Patton, Josh Holloway) everyone performs in excellent form here. The film features a grand variety of performers and mentioning some would only spoil the film.

Michael Giacchino return from Mission: Impossible III in top form. His music in the past few years (including 2009’s Star Trek and the upcoming 2012 sequel) has never let me down and has thrilled me throughout each film he’s scored. His revamp of the main theme is amazing and the intro is one wild ride.

The plot is simple, Russian nuclear launch codes are stolen, the IMF is disavowed and Ethan Hunt’s team are the only ones that can stop the plot to begin nuclear war by attack America. Simple, yet entertaining, the story is well done and the characters are well crafted.

With such strong stunts, they deserved their own section. The Burj Khalifi building and chase scenes are two of the greatest in the film and the thrills never stop. From the very first scene to the end credits, a thrill ride of stunts and entertainment grace the screen and keep audiences breathless. Having experienced the film more than once, the audience has always let out a gasp during the Burj Khalifi climb scene.

The dialogue is well crafted and the humor is a grand show of wit and charm. The characters are well entwined and the scenes pace brilliantly. Although over two hours, the film moves rather quickly and always keeps the audience thrilled.

Overall, this is a great film and easily one of the best of 2011. I intend to view it at least once more and have already seen it in traditional and IMAX theaters, but I would note that the IMAX viewing is the preferred method and is quite captivating. 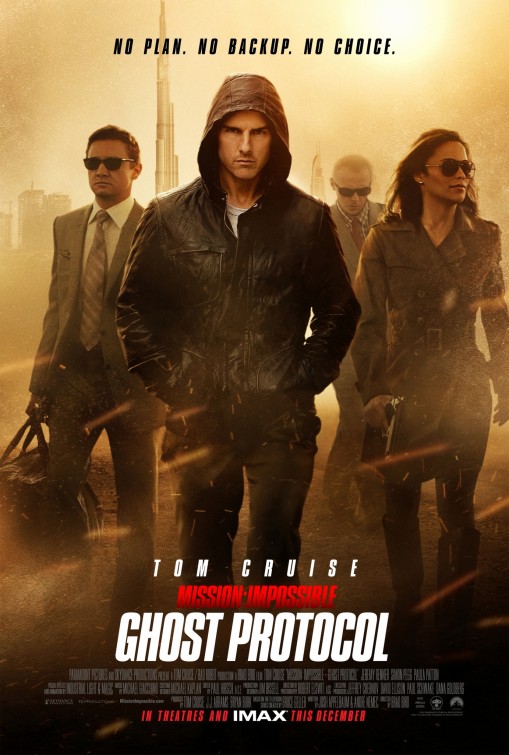 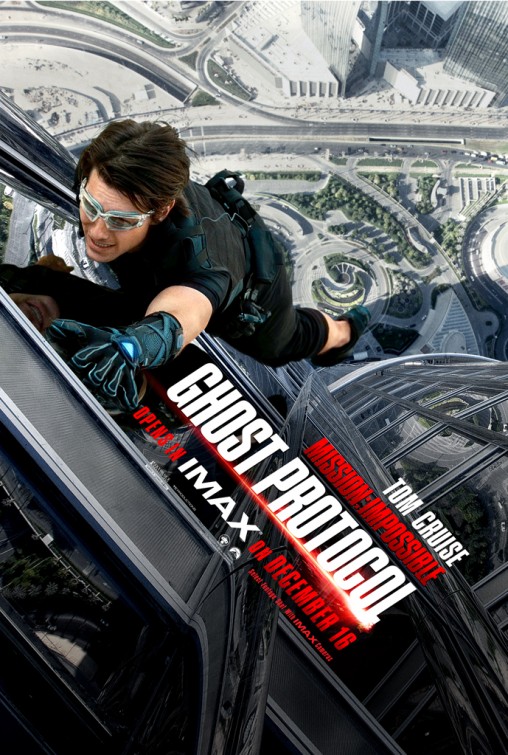