A single mom as a teenager and going through several tragic set backs in her life, Elena Varela always managed to follow her dreams with passion. Having become an Award- Winning Real Estate Agent in Tampa Bay and raising her son all by herself while pursuing a successful film career, Elena is an amazing role model for other single mothers and for young people in the Southeast that are looking to follow their dreams.

Born in the capital of the United States and raised in the suburbs of Maryland, Elena Varela is the youngest of her family’s first American-born generation. With parents from Argentina, bi-lingual in English and Spanish, she cherishes her South American roots and puts them forth to the world with the dances of Tango and Salsa whenever she gets a chance. Before she was 30, she hosted the Emmy Award winning show Driver(C)ity and soon made her way to Los Angeles, arriving to quick success. She still today strives in the film industry with her hopes and dreams living out before her.

Learn more about Elena below…

My first school play was “101 Dalmatians” as one of the pups… I remember feeling amazing up on that stage and in the costume my Godmother had made for me. Guess you could say that’s when the “acting bug” bit me. I also used to sneak and watch soap operas after school and just knew I wanted to be on TV like that. General Hospital was my first favorite.

Going through childhood with a single mother and her always working, I can relate. How hard was raising a child alone for you?

I honestly never thought of it as being “hard” because my son was just a part of my life. Kind of like breathing, we don’t think about it – but we automatically have to do it… sometimes it’s more difficult to breathe like when we have a cold, but we manage to get through it by still breathing somehow. I might use the word “challenging” instead of hard, because there were times that I would take my son to the park and throw a football around with him and he would just complain that I “wasn’t doing it right” and that I “threw like a girl”! He had some nerve. 😉 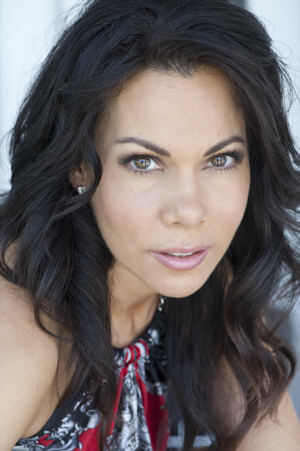 Who inspired you to become an actress?

I don’t think I can say it was an actual person. There were several people that I admired but more so, it was just my actual love for theatre, TV and film. Even today, one of my favorite things to do, is to just go catch a matinee by myself in the middle of the afternoon when I have the time.

What is the best thing about a film set?

Watching and working with the pros up close and personal! I think the best classroom for an actor is actually being on the set and living through the character’s you become while being directed. Of course, I would have to mention great catering and having an amazing make-up artist always helps too! 😉

How often do you meet good people in this industry?

Every time I step into an acting class, casting office or Producer’s session! 😉

What most inspires you to keep going in work?

I’ve tried to do other things while I took care of my family over the years and other types of work just didn’t make me as happy. I didn’t feel complete and the “always wanting more work” is what actually inspires me to keep going in this industry. It can be a tough business at times… if you let it. So I have learned to stay focused on my goals through my aspirations.

Are you interested in other aspects aside from acting?

Not really. I interned at talent agencies when I first got to L.A. just to learn the business and I helped manage my son and other kids for a short while, but this business is too competitive for me to not stay fully focused on ME as an actor… if I want to keep working anyway. 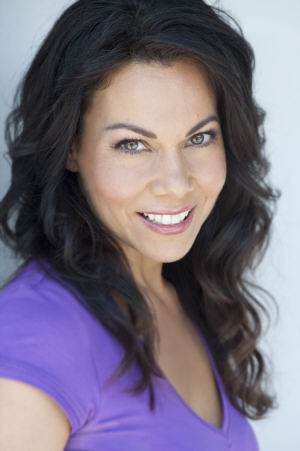 Wow, there are so many. I would love to work with Robert Redford… he’s such a class act! Leonardo DiCaprio is on my list too… I think he is such an overlooked brilliant actor. Also Robert Duvall, not only because he’s a great actor… but I heard he loves Tango and my family’s from Argentina, so he’s already scored some extra points with me. As far as women, Merrill Streep for sure! She makes everything she does look like pure magic. My generational actresses to work with would definitely be Kate Winslet and Rachel McAdams.

Again, there are so many! Really anyone that will give me a good part! But honestly, I would love to work with Clint Eastwood in a movie he is directing and acting in because he’s such a legend! Ridley Scott and Martin Scorsese do such epic films in wonderful era’s as well and you can’t go wrong with Steven Spielberg or James Cameron’s wonderful “works” of all time.

What can you tell me about yourself that you have yet to reveal?

Not many people know that I am a Latina who loves country music!

How often do you meet fans?

Lately, it’s only been while on a panel or when I was on set. I just finished working on my 4th film this year.

How do you prefer to interact with your fans?

I love to receive letters and to hear all about my fans too. Usually it’s by email through my IMDb page, but most recently I was on the set of “No One Lives” with Luke Evans and a fan that was working as an “extra” approached me when we broke for lunch. She told me that she had been following my career and congratulated me all my recent success. I just thought she was being nice, but then she started to name ALL the projects I had done… even from years ago! I was so flattered that she went out of her way to tell me.

Has it been difficult or easy finding roles?

I just let the roles find me and hope the chemistry works! 😉

What is your ideal role in a film?

I’m dying to do a film of another century or a Ridley Scott “barbaric” type of movie role that’s full of action and adventure. I love tough, kick-ass type of roles that are sexy too!

What historical woman would you portray if you could?

I’ve always loved the grace and elegance of Jacqueline Kennedy Onassis and the era of Cleopatra, but I know there stories have been done several times over. Aside from historical figures – I have been stopped several times by just random people since I arrived here in Los Angeles and they all would say the same thing… “Has anyone ever told you, you look just like the late Natalie Wood”? I didn’t even know who she was back then, so I looked her up and thought her story was so fascinating but with such a mysteriously tragic end… so I would love to portray Natalie Wood in a biopic.

You can visit Elena’s official website at www.elenavarela.com & filmography here.