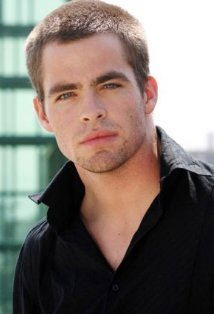 MGM has announced its top choice to portray the role of Alex J. Murphy, previously portrayed by Peter Weller. Alex is a police officer who is nearly killed, but restored with cybernetics and fittingly given the name Robocop.

The studio has decided its top choice shall be Chris Pine. The new Robocop film is to be directed by Jose Padilha, who has yet to approve Pine for the role. The film is due for release in 2013.