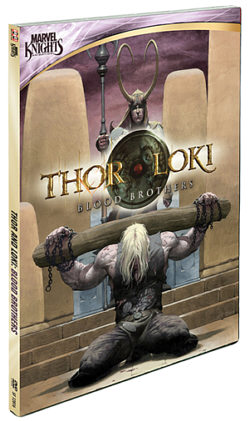 Thor & Loki: Blood Brothers is a motion-comic film to be released on September 13th, 2011. The DVD includes a behind the scenes look of the film, a trailer and an exclusive glimpse of return into the past of Thor with writer Robert Dodi and artist Esad Ribic. The 72 minutes film stars Daniel Thorn as Thor and David Blair as Loki. The film revolves around Loki using his place on his throne in Asgard to attempt to execute his own brother, Thor. The film is based on the Marvel comic series of Thor.