The first poster for The Ides of March has been released. The film stars George Clooney as Democratic presidential candidate Mike Morris. The film revolves around the last days before the Ohio primary when Morris’ shot at becoming the President of the United States is stirred due to a scandal involving his press secretary, Stephen Meyers (Ryan Gosling). 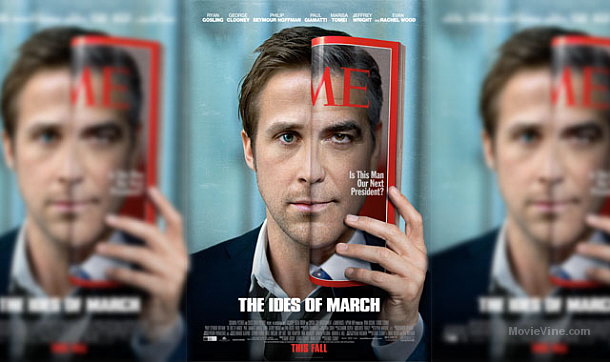 The film, based on the play Farragut North is due for release on October 14th, 2011. The film is directed, produced and written (screenplay) by George Clooney, produced and written (screenplay) by Grant Heslov and produced by Brian Oliver. The film based on the Beau Willimon play stars George Clooney, Ryan Gosling, Paul Giamatti, Marisa Tomei, Evan Rachel Wood and Philip Seymour Hoffman.