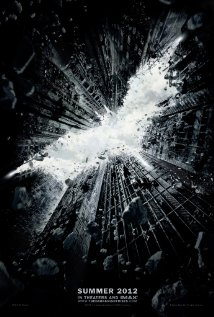 The plot features Batman (Bale) facing his most menacing foe yet, Bane (Hardy). He must fight his gravest battle yet to help save Gotham City, with the aid of Selina Kyle (Hathaway). Details on the conclusion to the film trilogy’s final chapter have been kept highly under-wraps, preventing many details of the plot from release.

The visuals in the film are already appearing top notch as the previous two entries have been.

Christian Bale, Tom Hardy and Gary Oldman are the main players in this trailer and their performances look spot on.

Overall, the film looks to hold the menace and fear of Bane. Batman may not survive this film, judging by the trailer. The closing shot of the trailer shows Batman backing away from his foe, a rare thing for him to do. Thus, fans are in a belief that his back, like in the comics, will break over the knee of Bane.