I haven’t been paying much attention to the two Snow White films currently in production. I’ve outgrown fairy tales, and Snow White and the Huntsman sounded very much like the recently dreadful Red Riding Hood.

So I’m surprisingly engaged by this trailer. It gives the story we all know a very Lord of the Rings-ish style, and that kind of radical departure is pretty exciting. This isn’t a sappy romance like the title suggested, but rather a fantasy-action picture with some pretty decent actors in it. Kristen Stewart is looking for a career beyond Twilight. Chris Helmsworth is hoping for a career beyond Thor. And Charlize Theron is looking for some cultural relevancy. This flick, if successful, will manage to do that for all three.

This is the only credit to Rupert Sanders’ career according to IMDB, and I can’t find mention of him anywhere else. he’s got an eye for visuals, and hopefully the script by Hossein Amini (one of the writers on Drive) will serve Sanders well.

Before this trailer, I had zero interest in this film. Now, I’m pretty intrigued. Well done, Universal’s marketing team!

Snow White and the Huntsman hits theatres on June 1st, 2012. 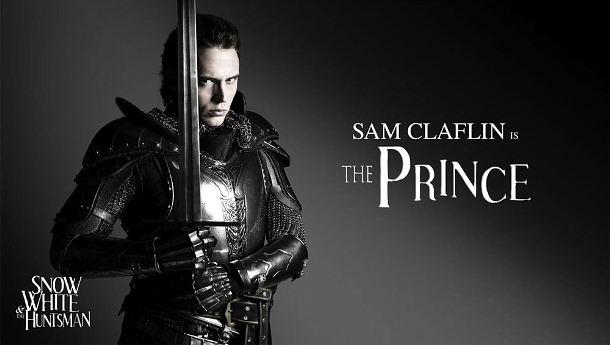