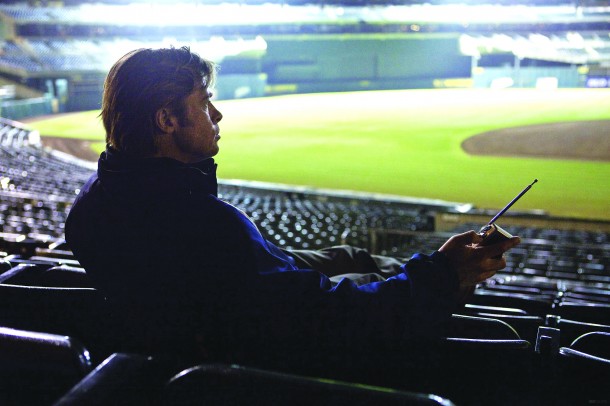 Moneyball is the perfect family movie for families with nearly grown kids. Nothing is too offensive, but the corners haven’t been sanded off either. There’s plenty of ‘adult’ content: money talk, emotional stakes, and conventional bits of humor. Its smart, but not too smart. Just like the book that shares it’s name, Moneyball contains several cool nuggets of information you can whip out at parties to seem a little hip. And it’s all delivered by Brad Pitt doing his best Robert Redford impression.

That sounds like I’m not a fan of Moneyball, but I am. Hollywood tries to get all four quadrants all the time, and in doing so it forgets to service adults that don’t care for comic books and video games. Moneyball is the increasingly rare breed of smart, confident film making that doesn’t feel the need to act cool or throw a ton of CGI at the viewer. Moneyball has reasonable objectives, and it completes them well.

Brad Pitt’s performance as Billy Beane is the key to all this working out, and here Pitt cements his place in the pantheon of great actors, not just “movie stars”. Pitt has always relied more on his acting talent than his pretty face, and I have a lot of respect for him because of that. He’s never succumbed to Johnny Depp’s level of ass-hattery when it comes to disappearing in a role. He’s gotten increasingly better at bringing characters to the forefront using substance rather than style. Beane is a man of great substance, and as he works with Jonah Hill’s Peter Brand to change the way the Oakland A’s play baseball you can’t take your eyes off him.

Moneyball also marks the first film where I could actually tolerate Jonah Hill. Hill has always rubbed me the wrong way as a performer and comedian, going left whenever I’d prefer he go right. But here it works in ways that I can’t quite put my finger on.  Regardless, Hill does well in the role, doing everything required of him and not distracting us from the worthwhile story on display.

And make no mistake, Moneyball has one hell of a worthwhile story. It doesn’t have the weight or significance of The Social Network (and the marketing suggests that the studio really wanted it to be) but it still details how the American pastime was turned on its head by simple logic and mathematics when the industry usually relied on heart and feelings. Those with analytical minds will love Moneyball message of logic over blind trust. Faith can be a powerful ally, but Moneyball reminds us how it can backfire on us. The studio may have wanted a hefty Social Network like work on its hands, but director Bennett Miller and company know the movie Moneyball should be, and plays to those strengths. The result is a smooth and confident film that is not to be missed. 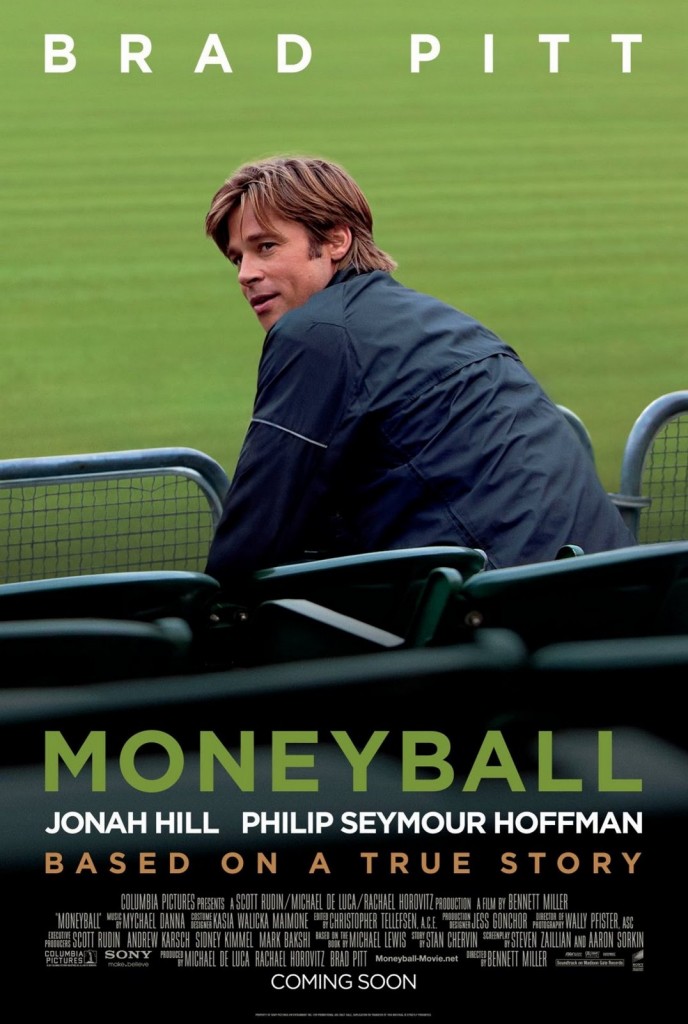 Moneyball hits DVD and BluRay on January 10th. You can pre-order it right here.