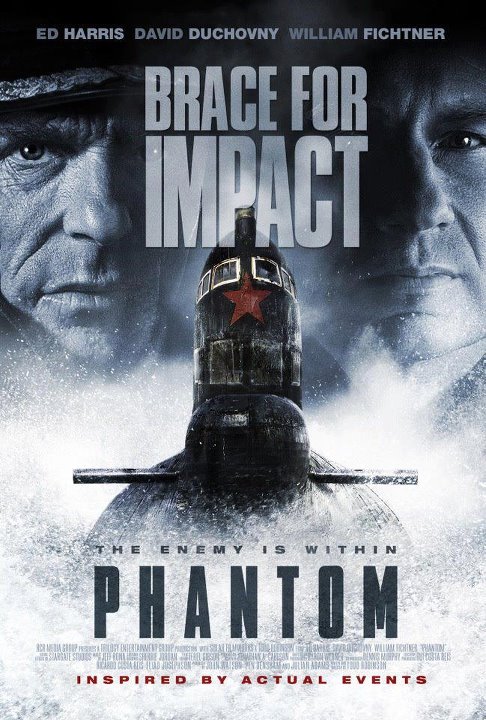 A lot of claustrophobic moments went into filming Phantom with cast including David Duchovny, Sean Patrick Flanery, Ed Harris, William Fichtner, Lance Henriksen, Dagmara Dominczyk, Johnathon Schaech and more. The haunted Captain of a Soviet submarine holds the fate of the world in his hands. Forced to leave his family behind, he is charged with leading a covert mission cloaked in mystery.