Holt Boggs is a quality actor that you might not have been aware of until now. I first saw his work in The Prodigy movie years ago. He’s an intense actor who makes his roles very believable. He’s also a great guy in general.

Holt told me about some of his latest film news, which includes the new poster release for the Hostage film. Holt plays the role of Eugene, a man trapped in his vacation cabin in the middle of winter while trying to deal with the loss of his family and he’s apparently not alone. He must find a way to survive the violent paranormal attacks that threaten his life.

Holt joins fellow cast mates George Katt, Liz McGeever and Robert Gordon Spencer. The film doesn’t have a release date yet. But while you wait, you can catch Holt in the soon to be released Sinners and Saints movie due out on DVD and Blu-Ray on January 10th. [ Sinners And Saints [Blu-ray] 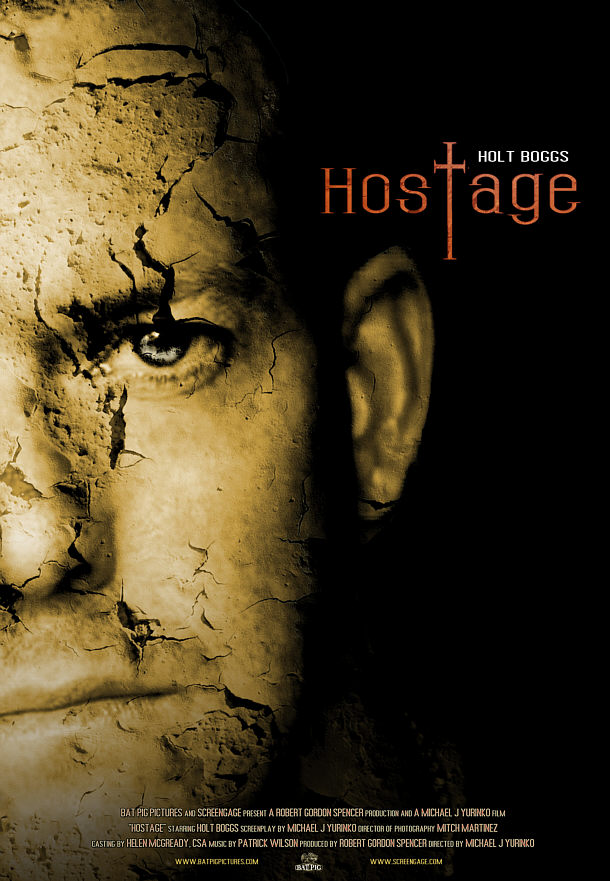