This is for all the John Carpenter fans out there. Here is a new DVD movie called The Ward, that takes place in 1966 where a young girl named Kristen (Amber Heard) with an traumatic past, ends up in a haunted psychiatric hospital ward. There she and four other girls are haunted by a deadly residence ghost named Alice.

Dr. Stringer (Jared Harris) is doing some hypnotherapy experiments to attempt to reawaken Alice, so it may seem.  All I have to say, without giving the ending away, is that Kristen, Alice, and the other girls have one thing in common. The Ward is a good movie and it makes you think because it has a twist at the end.  It made me confused. 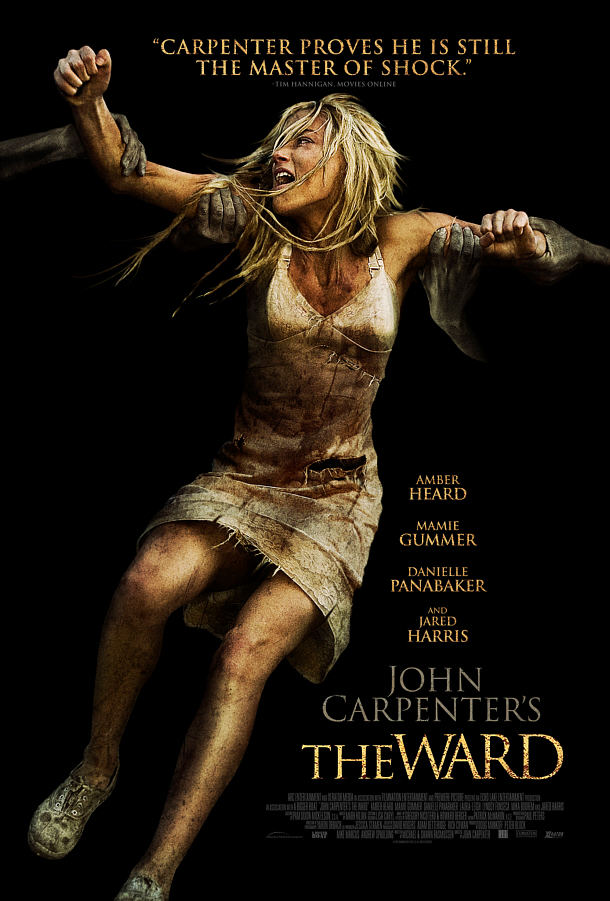