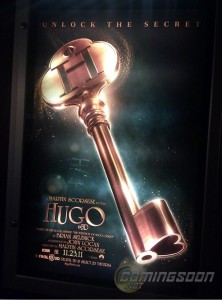 The plot revolves around two young children, Hugo (Butterfield) and Isabelle (Mortez), amidst a train station on an adventure. They meet each other after Hugo attempts to escape a worker (Cohen) in the station. Hugo discovers that Isabelle has with her a key, that will open a contraption that his father (Law) has given him.

The visuals in the film are outstanding and it appears that there will be little effects to make up the adventure.

The cast performs well in each role and have given enough reason to purchase a ticket.

Overall the film looks to tell the tale of a childhood dream many kids share when faced with the loss of a loved one. It is due to be a well-directed and well-thought of film of which I shall be seeing when it is released on November 23, 2011.