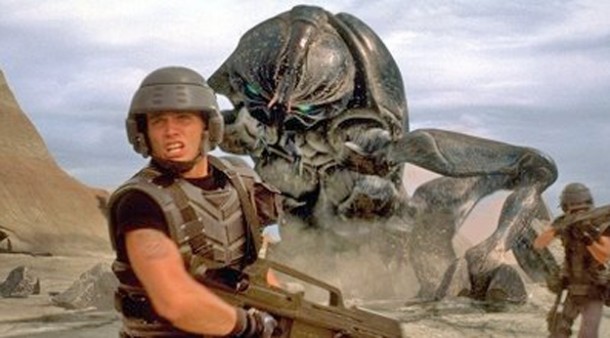 If you haven’t seen the 1997 Paul Verhoevan Starship Troopers, I urge you to check it out. Not only is the film a very good sci-fi war movie with some cool anti-Fascist subtext, it also weirdly predicted the first decade of the 21st century. In the film, our seemingly harmonious society is attacked by a radical force we don’t quite understand. We fight back, but its revealed we may be in the wrong direction, and the result is a sobering look in the mirror and leaves with the question of whether or not the displaced harmony is ever coming back.

In the late 90s the film and that concept was new and unique. Now it would be trite and simplistic. Obvious, even. So, of course, Hollywood is prepping a remake. NY Magazine reports that Sony has hired Ashley Edward Miller and Zack Stentz to write the script. The pair are responsible for Thor and X-Men: First Class, so at least the nerd cred is there. No word yet on who will direct or star.