The first poster for the upcoming film Trespass has been released. The film stars Nicolas Cage and Nicole Kidman and revolves around a man (Cage) and his wife (Kidman) who are taken hostage by extortionists. Twists and turns are bound in this upcoming thriller directed by Joel Schumacher. According to the poster, the film is due for release in the United States on October 14th, 2011 in theaters and at home. 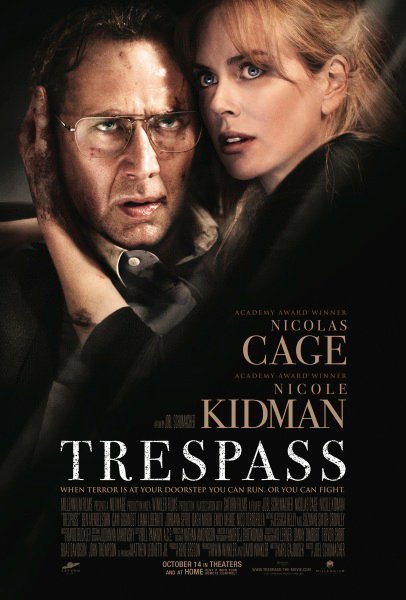