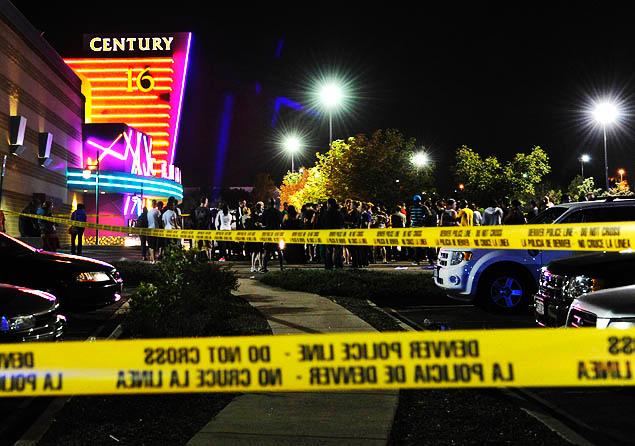 During a midnight screening of The Dark Knight Rises in Aurora, Colorado, a masked man dressed similarly to the film’s antagonist, Bane,  opened fire on the excited crowd, killing 12 cinema-goers and injuring 48 others.

Multiple news sources such as CNN, MSNBC, and Fox News have extensive reporting on the circumstances and fall out regarding the incident, and they will eventually come to this talking point, upon which I want to be perfectly clear: This tragedy has absolutely nothing to do with The Dark Knight Rises. Or Batman. Or violent movies, music, video games, or any other media. This happened because a sick, sick man got access to a brutal weapon and snapped. Some people are just plain crazy, and this 24 year old shooter is one of them. It was the dangerous mix of mental illness and bullets that killed these people, not any piece of pop culture.

The wide range of victims is shocking. There were men, women, and children in that theater. A 3 month old child is listed as a critical condition patient as of this reporting. These were people like us: people who loved movies, loved them enough to brave the crowds and go to a midnight screening of one of the biggest films of the year. There were hardcore Bat-fans, cinema loving families, and young kids excited to stay up late to see Batman beat the bad guy. None of them were remotely ready for what was about to happen to them.

I know that I’ve felt closer to God while sitting in the dark and soaking up a piece of cinema than I’ve ever felt in a house of worship, and I’m disturbed that this creature could violate my Church. I’m sure I speak for all of the MovieVine writers when I say our thoughts, hopes, and prayers are with those who suffered emotionally or physically due to this monster’s horrendous actions.