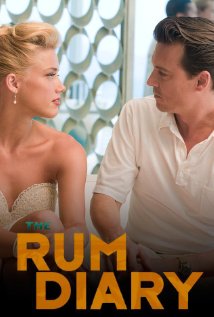 A film long in the works and due near the end of 2011 is the Hunter S. Thompson originated film semi-follow-up to Fear and Loathing in Las Vegas, The Rum Diary. The film features Johnny Depp in the leading role as Paul Kemp, a journalist who is on a drink-infested assignment in Puerto Rico. It isn’t long before he finds love. This is Depp’s second role in a Thompson film, followed by his brilliant and eccentric portrayal as Raoul Duke back in 1998.

“Paul Kemp (Depp) is an itinerant journalist who tires of New York and America under the Eisenhower administration and travels to Puerto Rico to write for The San Juan Star. Kemp begins the habit of drinking rum and becomes obsessed with the woman Chenault (Heard).”