We’re nearly two weeks out from the release of The Avengers, and judging by the box office take most of our readers have seen it. If you haven’t seen it, stop reading this right now, ’cause I’m about to get spoileriffic up in here.

So you may be wondering who that purple guy in the mid-credits sequence is. He doesn’t say anything to give you a clue, he just smiles creepily at the camera when his underling reports that engaging Earth in combat would be similar to courting death. Well, that courting death part? That’s the major clue. 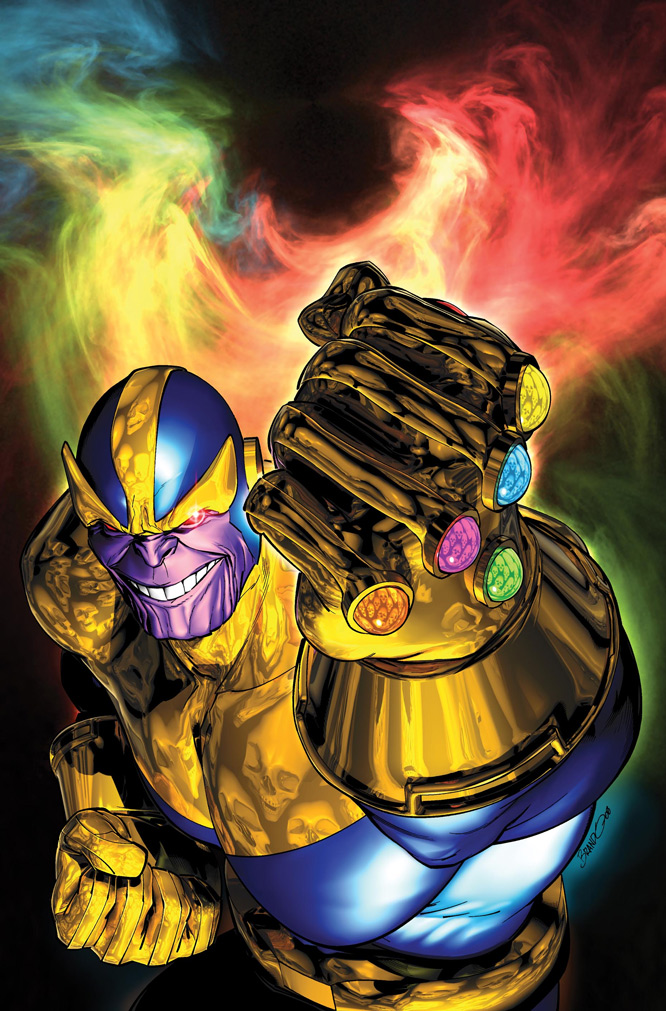 Thanos is a member of the Eternals, a godlike race that live on Saturn’s moon Titan. He’s got one major obsession: Death. And I don’t mean that he’s into killing people (although he is). He is literally obsessed with the physical manifestation of Death, which in the Marvel Universe is a beautiful woman. Thanos’ goal is simple: get Death’s attention by killing as many people as possible at once, and when she shows up he can hit on her.

The most relevant Thanos storyline is The Infinity Gauntlet, a story that involves Thanos getting the power of the gods and obliterating half the universe. I don’t know if the Marvel films will go that far, but I have a hunch the next Avengers film will involve Thanos’ quest for the gauntlet. Marvel made a big deal of bringing some of the items from Odin’s vault to ComicCon to promote Thor, and look at what got the most prevalent display: 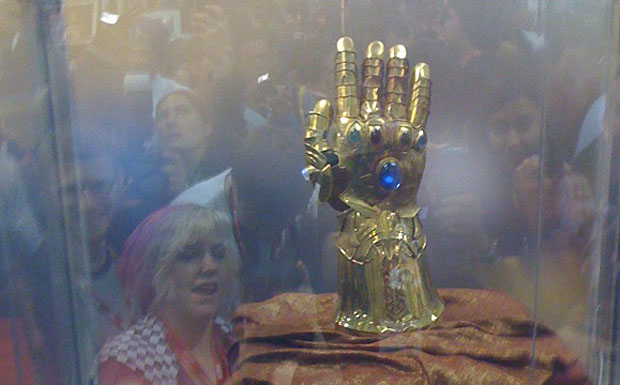 Yep. That’s the infinity gauntlet alright. The question is whether or not Avengers 2 will concern Thanos’ quest for the gauntlet or begin with him having it on his hand. I’m hoping for the latter, but assuming the latter.