I received news about some young filmmakers making their mark in Hollywood. Sean Meier embarked on the journey of producing his first independent feature film, “Green Guys” with his other producer, Ryan Bragg and Writer/Director Cole Mueller.  With their super low budget of only $130,000, they managed to obtain a distribution deal and their film can now be found in a number of major outlets including the likes of Walmart, Target, Netflix, Barnes & Noble, Blockbuster, and New Video just to name a few. Their film is being compared to top Hollywood films such as “Wall Street” and “Boiler Room”.  Director’s Live just recently named their film the #2 best underground film of 2011!  The movie is being sold internationally as well.

The Green Guys film is about four young Wall-Street hot shots that create a Ponzi scheme to steal hundreds of millions from enthusiastic investors. They’re living the high life and believe the party will never end — until they make the first wrong move and try to steal from the most vicious drug lord in Mexico. He wants his money back and it isn’t long before a rookie FBI agent picks up their trail – Murder and mayhem unfold and the entire scheme begins to crash down as suspicion and greed starts tearing the group apart in this tense and stylish crime thriller from Director Cole Mueller.?

The music is by Lucas Vidal and MuMo Productions and the cinematography is by Matt Marzulo. It’s written/directed by Cole Mueller and produced by Sean Meier, Ryan Bragg, and Cole Mueller. It’s executive produced by Sean Meier. The Production Companies are Sunside Films in association with Sean Robert Entertainment and the Distributor is FilmWorks Entertainment / MultiVisionnaire Media.

You can find Green Guys on Facebook here: http://www.facebook.com/greenguysthemovie 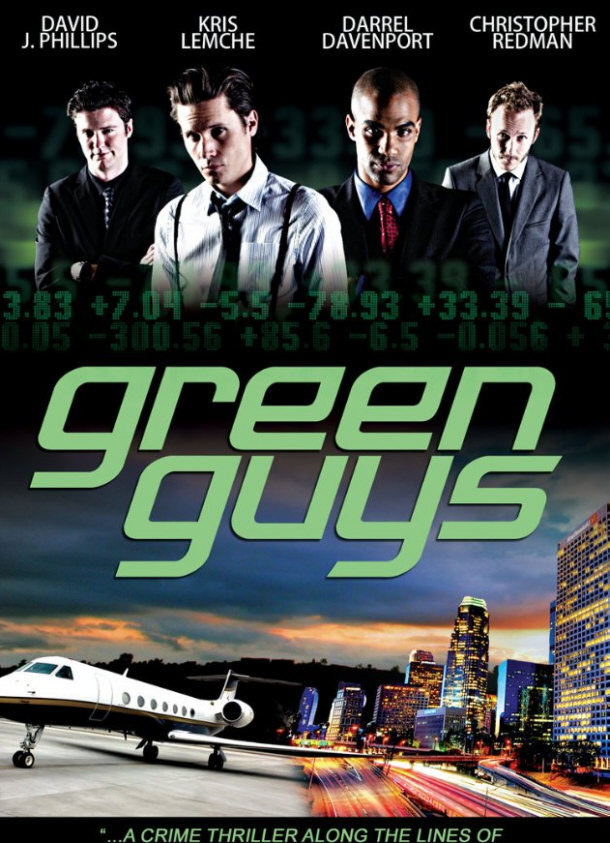